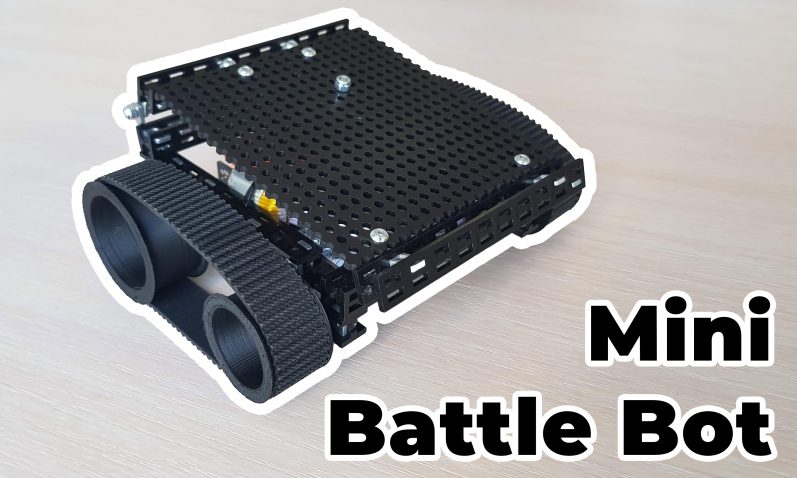 Have you ever experienced the situation when your RC model hits obstacle and flips over so you cannot control it until you physically place it back on it’s wheels? Well, we sure have. That’s why we thought on creating a prototype that can flip itself to the base position to avoid this frustration and there it is – Mini Battle Bot.

We were heavily inspired by the legendary TV show Robot Wars and the participants that had a flipper mechanism. We figured it could be used to flip other bots as well.

For the base we are using tracks powered by two N20 DC motors to achieve the climbing potential. 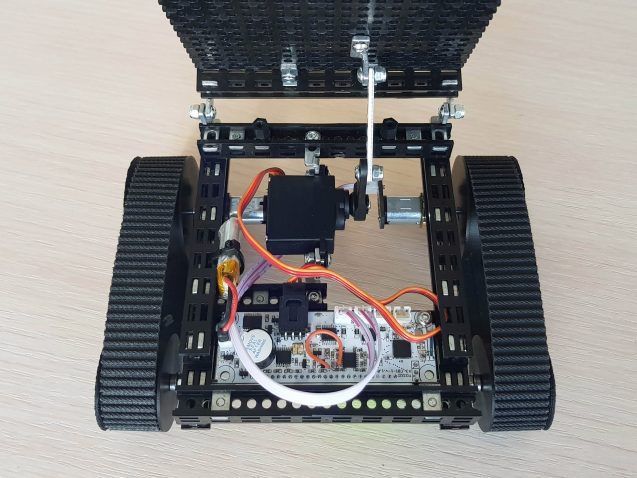 For the flipper mechanism we fixed „hood“ on hinges so it could be lifted by the servo motor. The simplest way to drive a flipper from a servo would be to fix the servo arm directly to the end of the flipper. However, the flipper is then only held on to the robot by the servo. We wanted stronger connection than that! To overcome the problems above we used four-bar-linkage method – a hinged link is added in between the servo arm and the “hood”. After testing with different lengths and pivot points placements we found the right linkage that’s working pretty great. All what’s left is to connect motors and power supply to Totem function board. And finally, to set up controls on mobile application and you can finally start practicing on your backflips!

Anyhow, this is still a prototype and the final model may change. If you have any ideas how to improve this model, feel free to leave a comment.