During winter time local shops only sell small and wilted basil, so I decided to grow it myself. After a bit of research, I learned that Basil likes +27° C temperature, high humidity and 8+ hours daylight time for optimal growth. So I built a smart greenhouse for basil mostly using Totem parts. 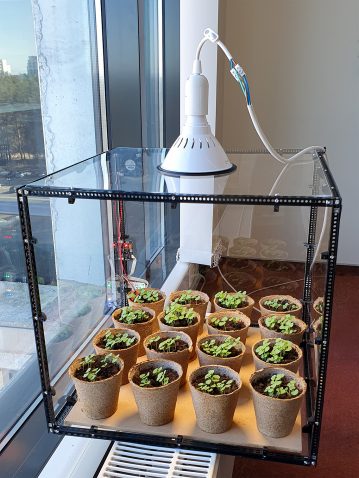 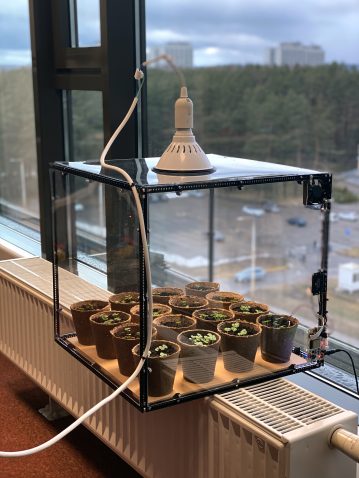 I made the frame using Totem beams, brackets, bolts and nuts. Then I covered the structure with laser cut 2 mm transparent acrylic plates. The bottom of the greenhouse is made of MDF board for better rigidity. 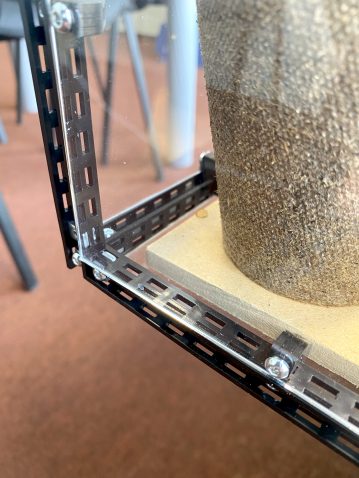 I designed a new 3D printable part, which acts as a bracket for the acrylic plate to be fastened to the beam. You can find the STL file in the Totem STL library:  Misc folder, Beam – Board bracket. 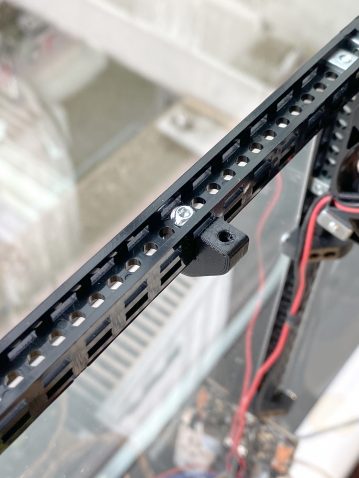 Since now, when I am writing this text, is still winter time, radiator will be a heater for the greenhouse to reach 27° C. To prevent the greenhouse from overheating, I mounted a fan in one of the transparent plates. If it gets too hot, the fan will drag colder air from outside to the greenhouse. Because it is a closed environment, there should be enough humidity from wet soil.

Daylight time is still short, and the window is facing north, so I bought a full spectrum 12W LED light bulb for herb growing. 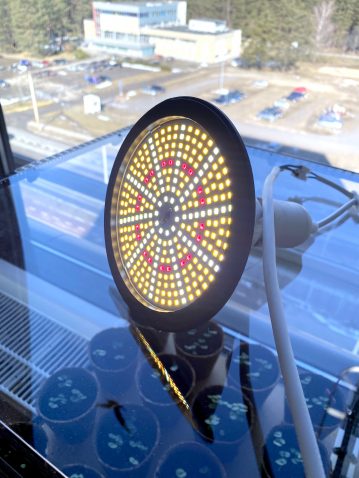 Totem happened to have a sensor module, which has a temperature sensor, barometer, light sensor, and humidity sensor. You can read more about it here. 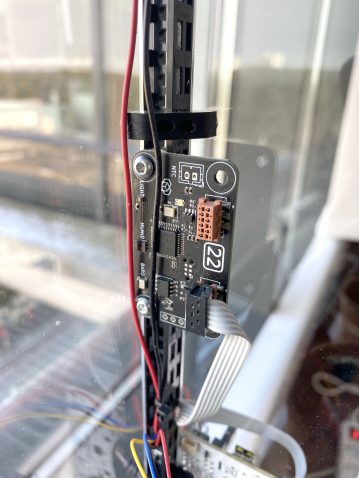 The greenhouse also needed a soil moisture sensor to tell me when it is time to water the plants. I got one from SparkFun: SEN-1773. This sensor was the best choice, because it has a Qwiic connector and so does the RoboBoard X4, which I used in the project. 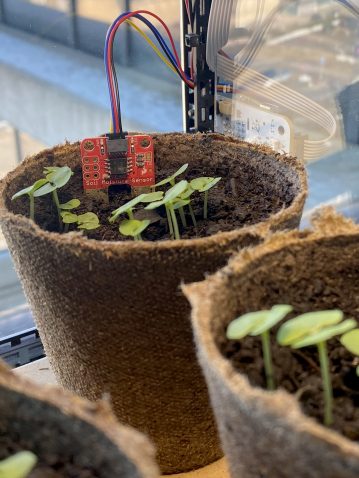 Totem RoboBoard X4 is the brain of the system: it can take readings from the sensor module, soil moisture sensor and control the outputs like the fan. You can learn more about the RoboBoard X4 here. 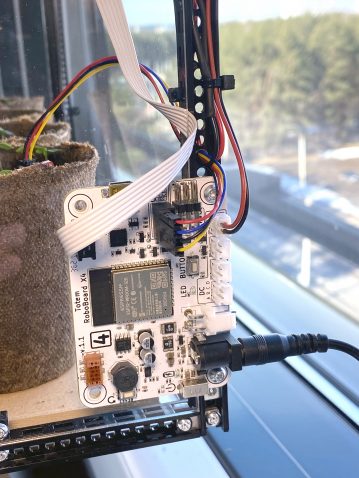 I had to solder the JST PH 2.0 connector to the cables of the fan, so that I could plug it directly to the RoboBoard X4. The sensor board is developed by Totem, therefore it is a plug and play solution.
I mounted sensors on the inside of the greenhouse and the control board (RoboBoard X4) on the outside. I wanted cabling to be nice and tidy, so I drilled one 5mm hole in the beam to put cables through it. Also I used cutting pliers to cut a piece of the beam for the same reason. Beams are made of plastic, so it was easy to modify them. 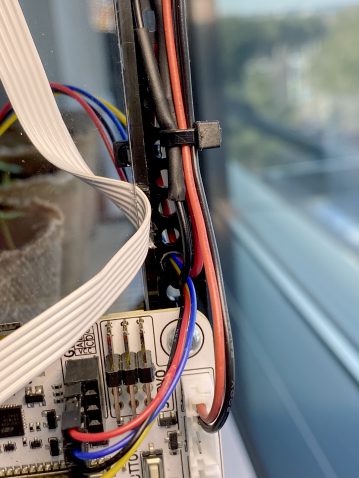 A colleague wrote an Arduino code to make the transition from a regular greenhouse to a smart house. You can read about the programming and electronics side of the project at this blog post here.
There is no automatic watering system yet, but if the soil becomes too dry the RoboBoard X4 starts flashing blue LED’s. It also turns the fan on and off to control the temperature. Humidity varies from 50-60 percent, which is good enough.
In only 4 days basil started growing in all pots!
If you have something made with Totem and you want to share it with the World, please contact us at info@totemmaker.net or share it in our forum here. We appreciate your creativity!
Vytenis from Totem team