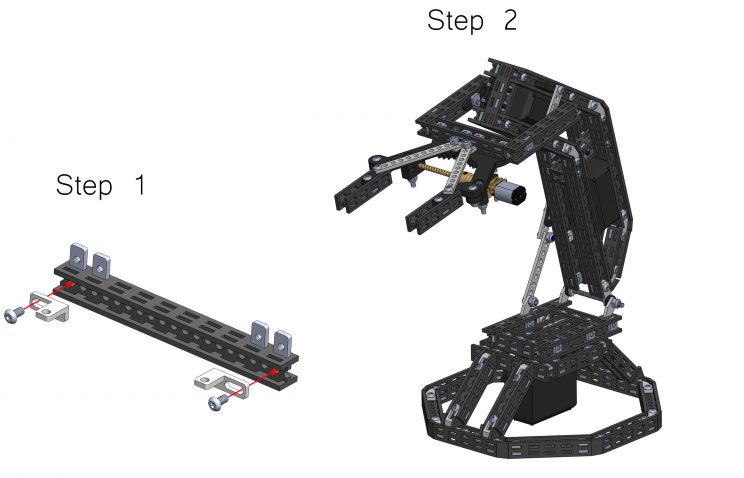 0 comments
This is a short guide to explaining Totem Mechanics for beginners. After a few Maker Fairs, we noticed some common questions occurring, so we are addressing the problems our customers seemed to have the most. Totem structures may seem complicated at first, so in this article we are breaking down the concept to smaller parts.
Some building systems have a “press fit” assembling way, like LEGO bricks. Others use metal fasteners: bolts and nuts. In Totem Mechanics we use the current, because they make the structure more robust. It is slightly more complicated, but with more possibilities. We chose to have PC/ABS plastic parts as a main structure (Beams and Boards) because of their customization possibilities. More info about customization here.

In the first image, you can see the sandwich of fasteners. The bolt and the nut presses the Bracket and the Beam, as a result, friction holds them together.

The wall of the Beam, Bracket and Nut is 2mm thickness each. The bolt has to reach the end of the nut, so 2mm + 2mm + 2mm = 6mm and that is why, in this example, we use 6mm length bolt. We have few different bolt lengths, if the “sandwich” is thicker. 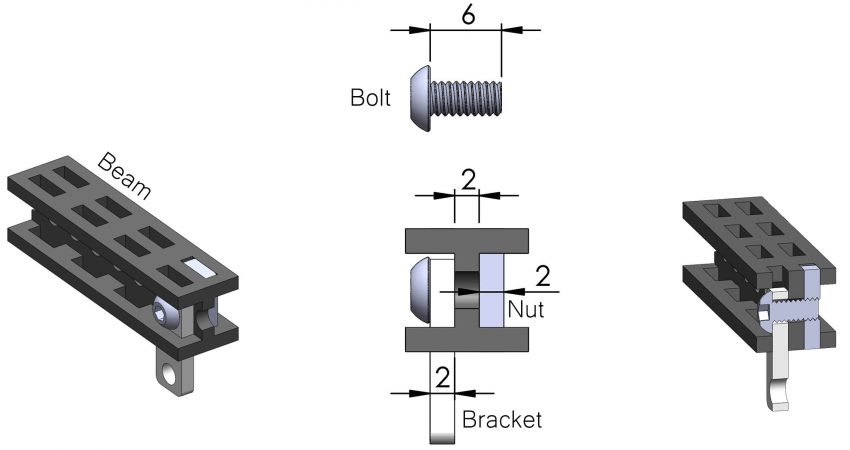 Brackets (not all of them) can also be mounted on the side of the Beam (using the channel of the Beam, instead of rectangular holes). More about brackets is explained further down below. 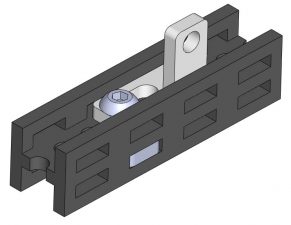 Bracket mounted in the channel of the Beam

Sometimes brackets occupy both opposite holes. In that case, the nut goes horizontally, and 8mm bolt fastens them together. The step of rectangular holes is 10mm.

Totem Boards are also structural parts. They have a grid of holes of 5mm. And it is 2mm thickness (same as Beam walls, Brackets and Nuts).  Totem Boards can be cut using Board Cutter at 90º or 45º degrees angle. More information here. 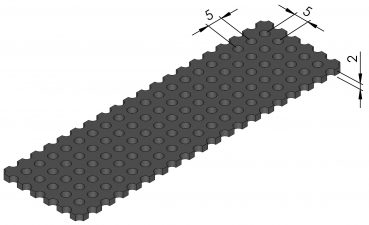 Totem Brackets connect Beams together. We wanted Totem to be versatile for many projects, that’s why we have so many different types of Brackets. Brackets can also hold PCB’s, motors, 3D printed parts, Boards, sensors etc. Check out our Totem Assembly Book to see how to use each bracket.
Brackets with circular holes keep Beams in 5mm or 10mm order. When the structure needs to go “off the Grid”, use brackets with oblong holes . For example, when mounting third party components, like Arduino electronic boards. They may not have their mounting holes in 5mm or 10mm grid, so oblong holes let the structure adapt to the PCB. 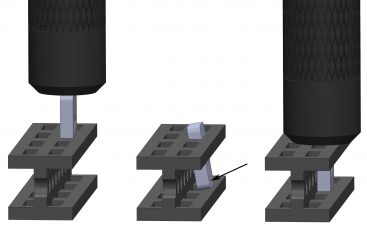 How to push in the nuts

When you get the hang of it, try pushing the nut holding the screwdriver in an angular position, like it is shown in the picture. That way you avoid tilting problem.

What about getting them out?
Use the tip (hex bit) of the screwdriver to push the nut out 2/3 of the slot. Then pull the nut by the thread.
More about Totem screwdriver here.

How to push the nuts out

“The structure I built is not straight”

There are two causes for bent structures:

1) Ends of beams are not straight

This is an obvious one, but it is worth mentioning. PLEASE DO NOT USE THIRD PARTY CUTTING TOOLS. Some of our customers tried using hacksaw for metal they had at home. It is not good for beam cutting. The blade is 0,55-0,8mm thickness and they usually do not have support both for the beam and the blade. We strongly recommend using Totem cutting tools. 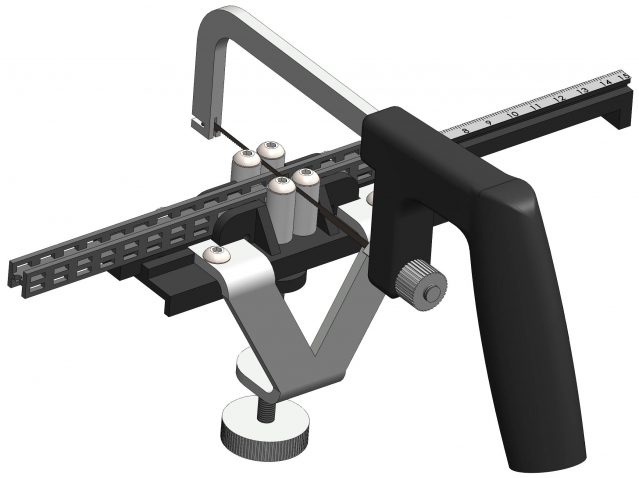 The blade is only 0,2mm thick, so it is three times more accurate. The Beam Cutter has a blade support and there is a Beam holder with pins, holding the Beam tight. However, the blade does wear out, and it needs to be replaced from time to time. The cut is always straighter with a sharp blade. More about Totem tools here.

Over-tightened fasteners deform plastic parts like Beam and Board. You also don’t want to have a flimsy structure, so how to know, how much torque is enough? The best way to find out is to perform an experiment. Tighten the bolt as much, as you can. It will  start to deform the bracket or the beam, or the head of the bolt. Now you know what is too much. Tighten the bolt at approximately 70 percent of full torque. It will be good for most of the times.

To ensure straightness of the structure, it is a good idea to make closed geometry design (when possible). As an example, our Side Panel Stand  and Mini Lab.
There are no loose ends, and structures are made of either rectangles or triangles. 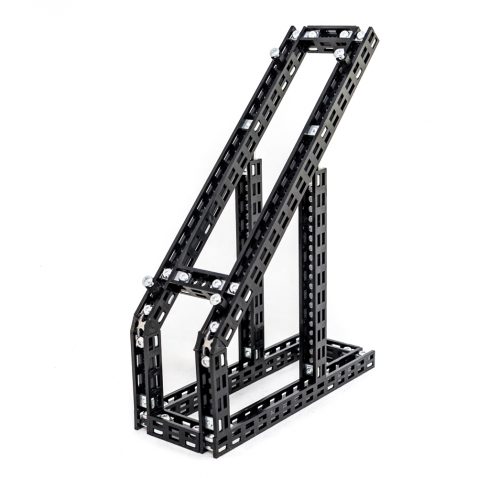 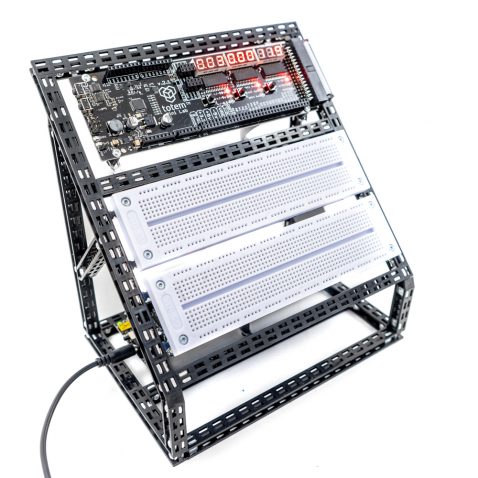