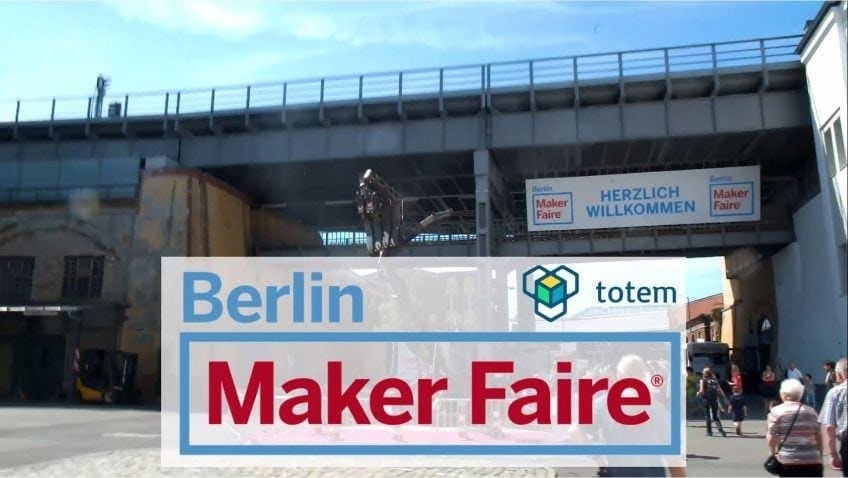 It is safe to say that the most ingenious minds met in Berlin Maker Faire 2018. And we are happy that Totem became a part of it all!

We are glad that we have reached our goal: makers from Berlin and from across Europe already create their projects by using the Totem mechanical construction system.

The numbers of Totem fans are increasing. We receive more and more positive feedback, which, in our opinion, is the best appreciation. Hopefully in the nearest future we will be able to share these new projects with our followers.

During the Maker Faire in Berlin, we wanted to present the mechanical and electronic capabilities of Totem. Workshop participants were able to construct several simple models, which, nevertheless, reflect the philosophy of the Totem construction system. Moreover, at the Totem stand all participants could inspect projects created with the Totem construction system. It was extremely important to keep things simple but still show off the potential of the Totem.

We have not only achieved our goal, but we also had a great time and experienced a lot of positive emotions! For those who missed the event we have prepared a short video.

Greetings everyone, whom we have met during the two wonderful days of the festival!